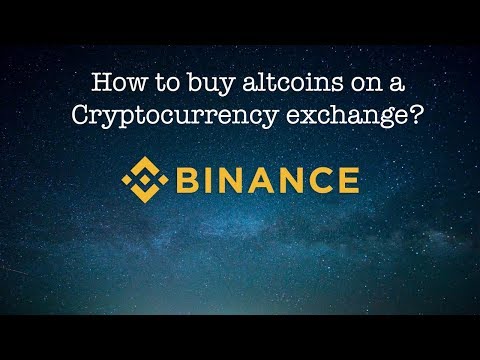 Previous reviews: Jan, Feb Crypto moves way too fast for me to keep up, so I aggregate each day's biggest headline and publish the list at the end of the month. Below is my list for March. My main news source was reddit. My main holdings are ETH and NANO, but I try to make these lists as unbiased as possible. As requested by you guys, I have included source links to each of these headlines. I also took a screenshot of the market cap movement throughout the month that you can see here. To speak to March in particular - even though we are in a bear market right now, and the first half of the month had pretty negative headlines, hopefully the many promising headlines in the 2nd half of the list will help assure you that distributed ledger technology is only becoming more adopted and embedded in society with each passing day. 3/1 - Oyster Pearl completes a coin burn of 10% of its total supply. This comes one day after they released their testnet. 3/2 - TechCrunch founder Michael Arrington is subpoenaed by the Securites and Exchange Commision over his $100 million cryptocurrency fund. 3/3 - A class-action lawsuit is filed against Coinbase alleging insider trading prior to Bitcoin Cash trading going live on their exchange. 3/4 - An anonymous person publishes a pastebin document detailing a FUD campaign by CoinDesk backers Digital Currency Group against IOTA. 3/5 - Coinbase hires former LinkedIn exec Emilie Choi to serve as VP of corporate & business development, with an emphasis on “world-class acquisition and partnership opportunities”. 3/6 - WaltonChain subsidiary ZhongChuan IoT and Alibaba Cloud sign a strategic partnership to research Smart City solutions and blockchain application schemes. 3/7 - A rogue actor who had been phishing Binance accounts uses the victims’ funds to pump the price of Viacoin. Withdrawals on Binance were automatically frozen, and the hacker’s transactions were later rolled back. 3/8 - Sierra Leone, in conjunction with blockchain voting startup Agora, records the world’s first ever presidential election on a blockchain. (NOTE: This claim has now been rejected by the Sierra Leone government.) 3/9 - Security researchers at the University of Toronto catch the Egyptian government remotely hijacking citizens’ computers to covertly mine Monero. 3/10 - Reports reveal that Google has been quietly purging cryptocurrency ads, mainly those for ICOs, under pressure from the FBI. The FBI also convinced Facebook to do the same thing in February. 3/11 - Binance posts a $250,000 bounty for information that leads to the arrest of the perpetrators of the March 7th hack. 3/12 - John Oliver explains Bitcoin and blockchain to a global audience and pens his #CraefulGang movement while condemning projects such as EOS and Bitconnect on his CNN show Last Week Tonight. 3/13 - VeChain announces a partnership with Chinese supply chain risk management company LogSafer. 3/14 - In the wake of John Oliver’s cryptocurrency segment in which EOS spokesperson Brock Pierce’s questionable past was outlined, EOS decides to cut ties with him, scrubbing their site and YouTube channel of any reference to him. 3/15 - Bitcoin core devs release a beta version of the Lightning network to the mainnet. 3/16 - The 2018 Joint Economic Committee Report dedicates an entire section to the rise of cryptocurrencies and blockchain technology. 3/17 - Bitmain announces a new mining machine, the antminer 3x, that is primarily designed to mine Monero. The Monero community claims that they will render the miner useless with an upcoming fork. 3/18 - At the G20 summit, the Financial Security board opines that crypto-assets do not pose a risk to global financial stability, and that further regulations at this time would not be necessary. 3/19 - Businessman and Shark Tank investor Kevin O’Leary announces his plan to work with the SEC to issue a cryptocurrency that will act as stock for a $400 million dollar hotel company. He also states that asset-based coins will eventually replace small-cap stocks. 3/20 - Nano releases their developer road map, revealing that they have a point of sale payment system in alpha stages of testing. 3/21 - A DDoS attack against the Bitcoin Lightning Network brings 20% of its nodes down. 3/22 - Yahoo Japan announces that it is acquiring Japanese exchange BitARG and will launch its own exchange in 2019. 3/23 - After uncertain talks with Hong Kong regulators, Binance announces that it is moving to Malta. It also reveals plans to allow users to buy crypto with fiat directly. 3/24 - Santander announces plans to launch an international money transfer app that will run on Ripple. 3/25 - The Coinbase logo is spotted in the new intro to HBO show Silicon Valley. 3/26 - Coinbase announces incoming support for ERC20 tokens without specifying which tokens it will list. 3/27 - Stephen Colbert announces on his show that Ripple has donated $26 million in XRP to DonorsChoose.org . 3/28 - Decentralized payment network OmiseGo and Ethereum cofounder Vitalik Buterin donate $1 million via GiveDirectly to support Ugandan refugees. 3/29 - Cryptocurrency exchange and Tether backer Bitfinex announces imminent fiat markets for BTC, ETH, NEO, IOTA, and EOS. They will fully support British Pounds and Japanese Yen, and offer partial support for the Euro. 3/30 - P2P payment platform Request Network goes live on the Ethereum mainnet. 3/31 - WaltonChain announces the launch of its mainnet, featuring a wallet with “1-click” mining.

Find the latest Bitcoin USD (BTC-USD) stock quote, history, news and other vital information to help you with your stock trading and investing. Bitcoin buy MicroStrategy, a business intelligence company, ... business registration record shows co-founder Jihan Wu is once again legal representative and executive director of the bitcoin (BTC) miner maker giant, replacing rival co-founder Micree Zhan. CoinDesk’s Wolfie Zhou has reported Zhan was ousted from the company last October but regained control earlier this year. He remains a ... Binance is looking to consolidate more bitcoin mining hashrate to its pool in Russia and the Central Asia region.. The world’s largest crypto exchange is deploying a physical server node for its pool at BitRiver, the largest bitcoin mining hosting provider in Bratsk, Russia. It emerged earlier this week that Binance Pool, which launched at the end of April, had become BSV’s biggest miner. On a seven-day moving average, Binance Pool made up just under 20% of the ... Individuals, businesses, developers: learn from our simple Bitcoin guides. How Bitcoin works, what is Bitcoin, what is blockchain, how to buy Bitcoin, what is Bitcoin mining and more. - Uk Bitcoin Software Bitcoin Miner Bitcoin Miners Listed Crypto Currency Guide Where To Buy Bitcoin Machines Earn Bitcoins For Watching Videos Dogecoin To Bitcoin Converter Bitcoin Miners Listed Bitcoin Dictionary Uk Bitcoin . Bitcoin Miners Listed Software Bitcoin Miner Bitcoin News 2017 Bitcoin Owner Bitcoin Atm How To Using Bitcoin Binance cryptocurrency exchange - We operate the worlds biggest bitcoin exchange and altcoin crypto exchange in the world by volume Bitcoin UK makes it easy to buy digital currencies by providing a number of different payment methods which are convenient to you. Each payment method may have different limits, fees and availability which you can check on this page. Regardless of the payment method your digital currency order will be processed as soon as possible. Online Bank Transfer. Use your online banking and make a ... Bitcoin Derivatives. Open interest in bitcoin futures listed on the Chicago Mercantile Exchange (CME) has recovered significantly from the March lows, indicating a resurgence in institutions that want to buy the cryptocurrency. As of Wednesday, open interest, or the number of futures contracts outstanding, was $181 million, a 70 percent ... Bitcoin outflows from miner wallets have spiked, with the majority of coins finding their way onto cryptocurrency exchanges.. The net flow of coins into or out of miner addresses fell to -2,935 BTC on Tuesday to hit the lowest level since June 2019, according to data source Glassnode.To put it another way, miner wallets witnessed the highest outflow of coins for a year.

How To Buy Bitcoin Cheap And Pay No Fees On GDAX ...

Send Your Mining Rig Pics in Discord to be featured in upcoming Community Mining Rigs Episodes/Live Streams! Buy GPU's Here? - https://geni.us/46Bo1 Favorite GPU For Mining: https://geni.us/MaOtD Kraken Bitcoin Exchange Tutorial. In this video, I show you how to buy your first Bitcoin using the Kraken exchange. I also walk you through how to deposit and withdraw your funds. A new bullrun may be incoming, as institutions gets ready to buy crypto. The question is how far will Bitcoin go? Bitcoin news. Binance resumes trading squashing rumors that it was hacked. The best way to buy bitcoin instantly with fiat currency, in my opinion, is on Cash App (affiliate): https://cash.app/app/JWNRGTX Or, you can enter the invit... Bitcoin Has A Good Chance To Hit 100k In the Next Bull Run..But Why Don't Average People Care? - Duration: 10:24. Altcoin Daily 37,458 views LIVE market coverage: Tuesday, March 24 Yahoo Finance Yahoo Finance 3,482 watching Live now LIVE: Watch stocks trade in real time amid market volatility - 3/24/2020 CNBC Television 1,781 watching Coinbase will give you $10 in Bitcoin when you buy or sell your first $100 worth of any Cryptocurrency. Get a Coinbase account today! https://www.coinbase.co... LIVE market coverage: Tuesday, April 7 Yahoo Finance Yahoo Finance 3,258 watching Live now STRATUM V2 EXPLAINED: #BITCOIN MINING REVOLUTION IN 2020, NO MORE MINING POOLS WARS IN HINDI & URDU ... Dosto Namaskar Is video me aap dekhenge Binanace hone ja raha he world ka sabse bada exchange 1 saal me, Indian police kyon hui confuse bitcoin ko lekar, kin kin world ki universities de rahi hai ... Binance is a cryptocurrency exchange it is known for its low trading fees 0.1% (if you have BNB, you can choose BNB to deduct a 50% trading fee temporarily) as well as its fast transaction processing.